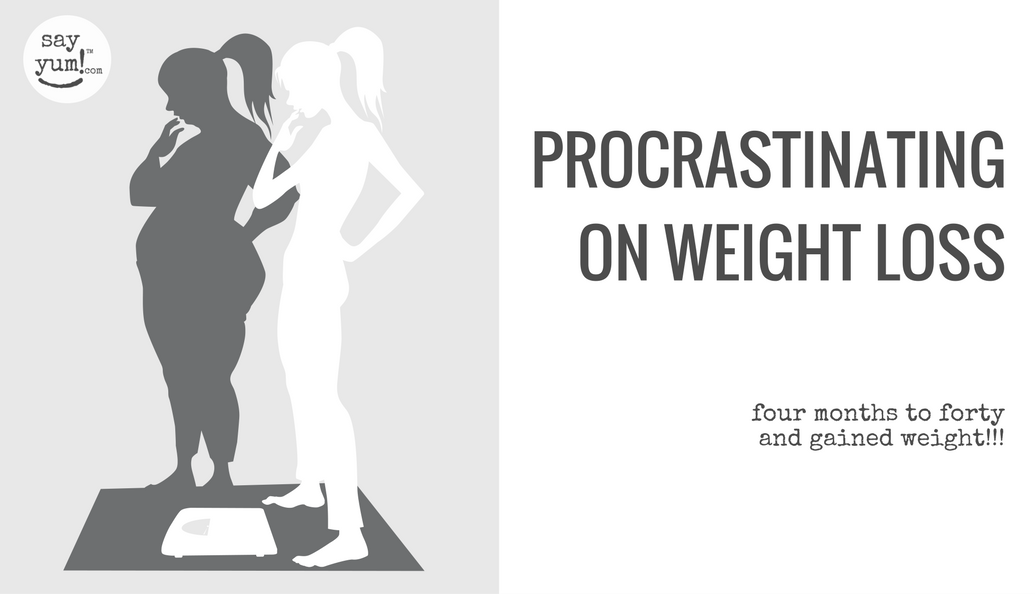 I wish some of the things I excel at, were NEVER EVER in my realm of reality because frankly I’ve had quite enough of them…like self-sabotage…especially procrastination. If they gave out a Nobel prize for such things I’d surely be a recipient. For four months now I’ve pondered, talked about and even put plans into action to make strides towards my goal of losing 40 pounds by 40 with no such luck. What I did manage to accomplish was gain to 15. Woo freakin’ hoo! I told you I was good.

Can I say I’m surprised? Yes and no. No because it’s not the first, and I’m sure it’s not going to be the last when I do the opposite of what I say I want to do. Yes because I was really thought I’d nailed down the mindset to move closer to my goal and built up enough motivation and momentum to carry through to January. No such luck.

Really when I look closer at it, I have yet to ever fully commit to ANYTHING unless I have an uncomfortably close deadline…not just a pie-in-the-sky it’ll be here someday deadline, but the oh sh!t, I said I’d have this thing done tomorrow, I guess I’m pulling an all nighter. So in conclusion, no I am not really surprised.

I suppose there’s a part of me that knows my bounds, as I’ve never not followed through on such obligations, but I’ve completed things kicking and screaming all the way. I can’t tell you how many times in the last minute throws of whatever I have to get done, taxes, party prep, packing…that I say to myself I will NEVER leave things to the last minute again!!!

I don’t know why I torture myself so. I do know it runs in the family, so there’s that. I suppose I’m just a glutton for punishment. Though it would be so liberating to erase this eternally frustrating habit from my repertroire. Can I give it away? Any takers???

Back to how I’m here…four months later from my BIG declaration…I WILL lose 40 pounds by 40. Well, now I just cut my time in half to do that and the physical reality of that happening just dramatically decreased. Way to go kiddo.

Here’s the funny thing about it though. Ya, I know now the chances of that happening are much slimmer. Ya, I know it’s my fault for making myself worse off than I was….thank you procrastination. Yet, some weird part of me feels unstoppable and the need to pull off the impossible.

There’s a part of me that does not believe anything is impossible. It’s what drives me to stay up all night on a deadline…not as easy as it was 20 years ago mind you. It’s like I crave the energy of overcoming the perception of impossibility. Yet I totally bitch and moan throughout the last minute nature of what I need to pull it off. Is there no other way to drive me to do the impossible that’s less stressful???

It works though. As of yesterday I fully absorbed that it’s only four months until my birthday, and this was basically my last chance to have any chance of losing a good chunk of weight. So I didn’t drink…my achilles heel of weight loss…best friend to procrastination, but that’s a different post.

Today, I didn’t drink again. That’s not to say I didn’t have the opportunity, because beer was in the house. Today I even felt myself eating less, and not cramming tortilla chips or snacks in my face just to avoid life. Clearly the last minute genes are kicking motivation. Thank you universe!!!

Winning!!! For now anyway. Life’s unpredictable with old patterns ready to engage at any moment…I’m watching you procrastination queen! For now, I’ll take the momentary victory. 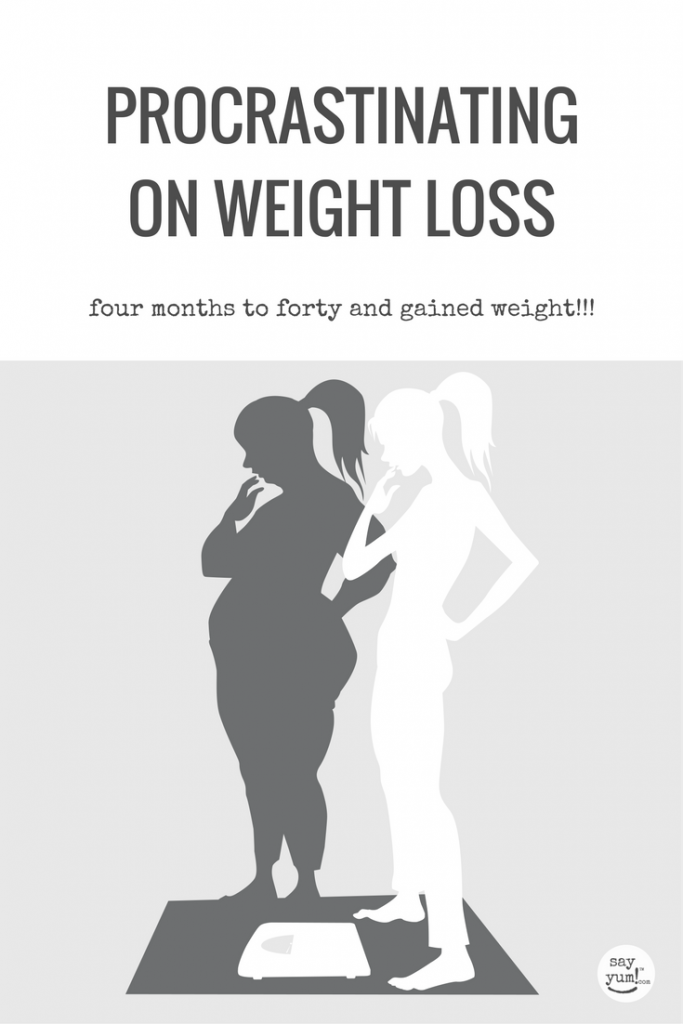