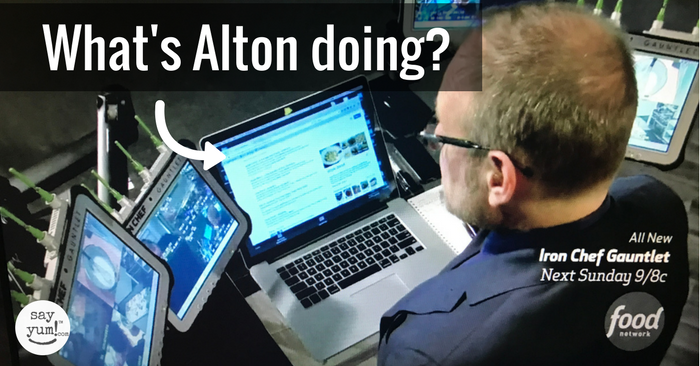 Posted at 06:11h in reviews by Kris Johnson 0 Comments
1 Like
Share
Thank you Alton Brown for revealing your humanity! Spotting a google search for ‘zlikrofi’ up on your command center in this week’s Iron Chef Gauntlet challenge removed the possibility from my imagination that you are an advanced form of cyborg programmed to deliver the culinary knowledge of the universe with a bite of dry humor.
I spotted the familiar search screen while catching up on my DVR and immediately rewound and paused it to snap this shot. Not knowing what the google search was for, but well versed in culinary vocabulary myself, I knew it was likely the very hard to pronounce dumpling that I just learned existed. Apparently zlikrofi are Slovenian dumplings. Chef Sarah Grueneberg made them to feature the classic combination of sour cream and onion in her challenge dish. 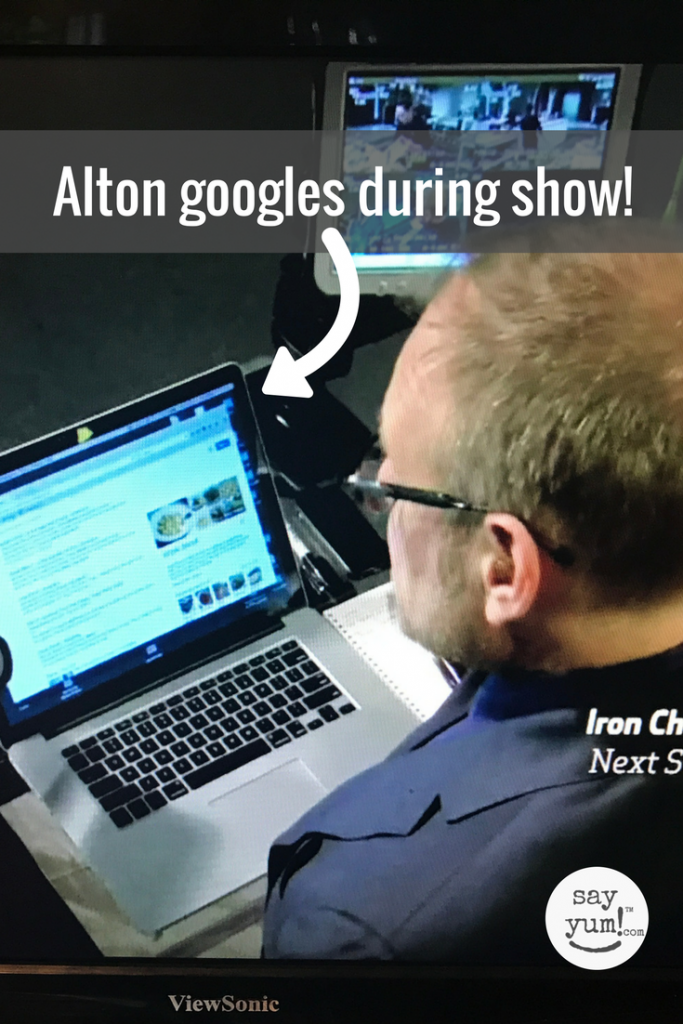 For potentially being unfamiliar with the dumpling, Alton delivered a seemingly informed critique. Though looking back on it, he only called out Chef Sarah on the salty overwhelm of the burrata caviar she used to finish the dish. Not surprisingly because how can one be critical of a dish with which they are unfamiliar. Obviously being a dumpling the dough should be tender and have a flavorful filling, but what does a good zlikrofi taste like?
I always wondered how knowledgeable Food Network hosts are even with the most obscure ingredients and dishes. I’m sure they all have a huge wealth of knowledge between their ears. It’s nice to know though, sometimes even the encyclopedia of food needs some google insight. Hats off to Alton too for being able to keep up hosting the show and google simultaneously.
I have mad respect for Alton Brown and learned he’s just as funny and knowledgeable in real life as TV when I saw him perform his ‘Eat Your Science’ show last year. So no judgement for using the tools available to provide informative entertainment. Instead I am eternally grateful to you and the network for unintentionally revealing how these shows work and giving us aspiring stars reassurance that we don’t have to know everything to be on TV.
PS. If you don’t believe me, go ahead and google ‘zlikrofi’ yourself and compare the images. This is what came up for me. It is without a doubt a search result for this traditional Slovenian dish. 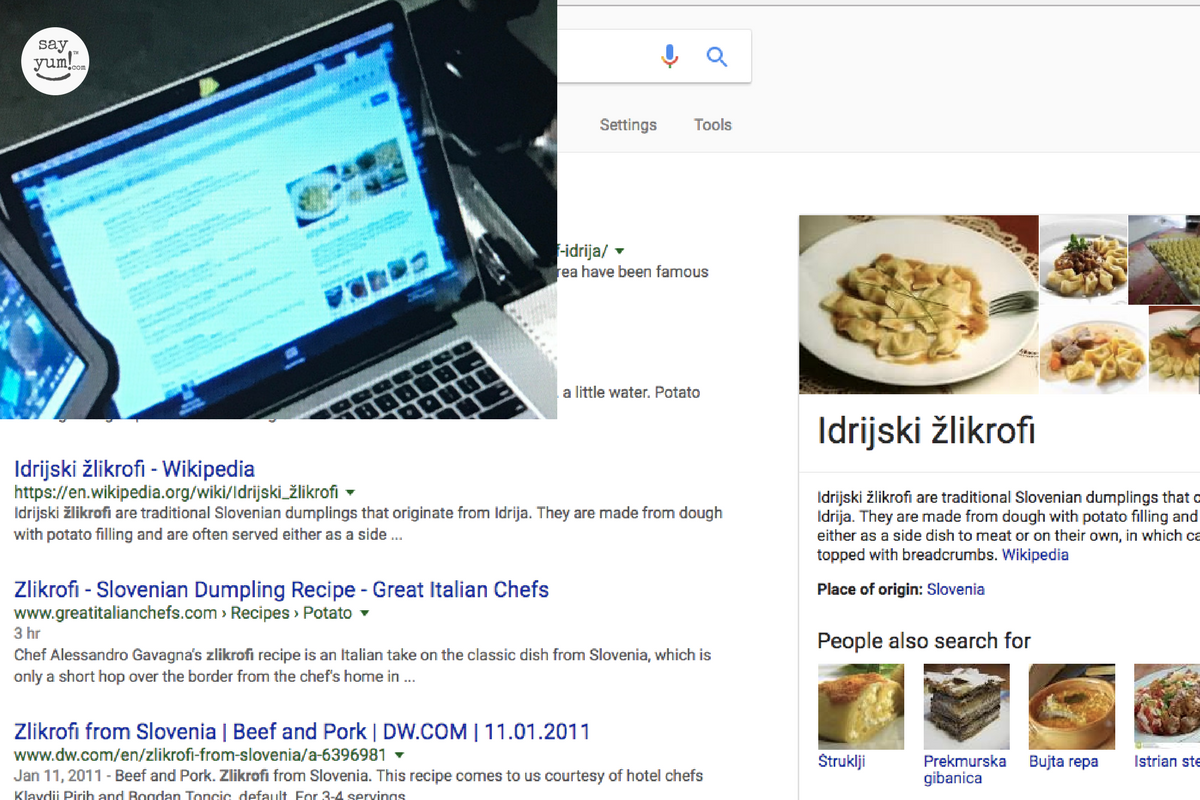